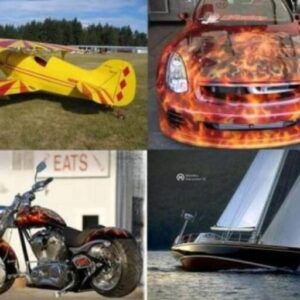 If you are in the automotive industry and you haven’t been to the SEMA show in Las Vegas every November, well I feel bad for you.  It is one of the greatest car shows of the year. This year, 2014 was probably one of the biggest SEMA shows I have been to in years. 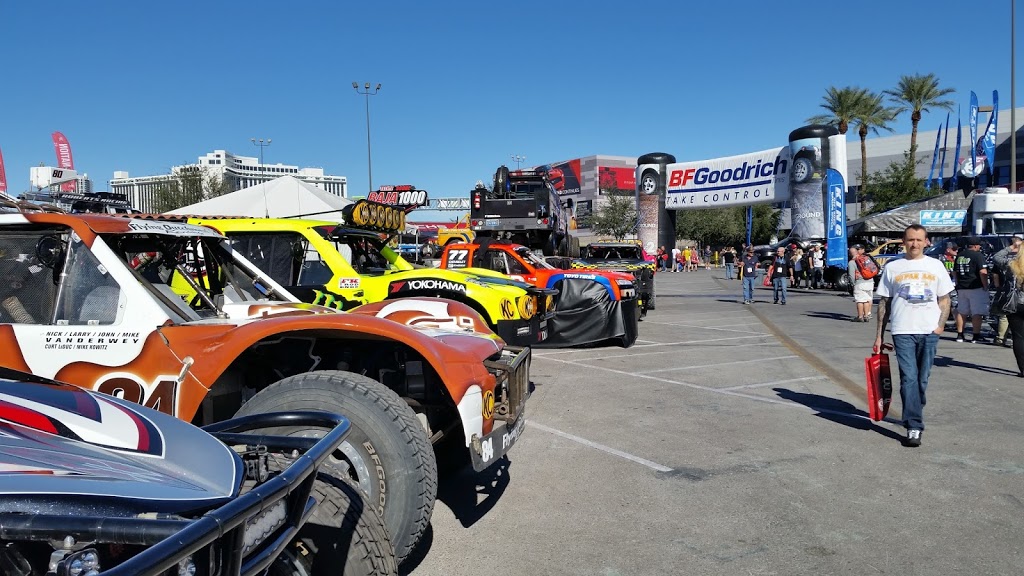 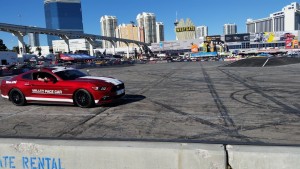 Watching the new Mustangs give rides was pretty cool. 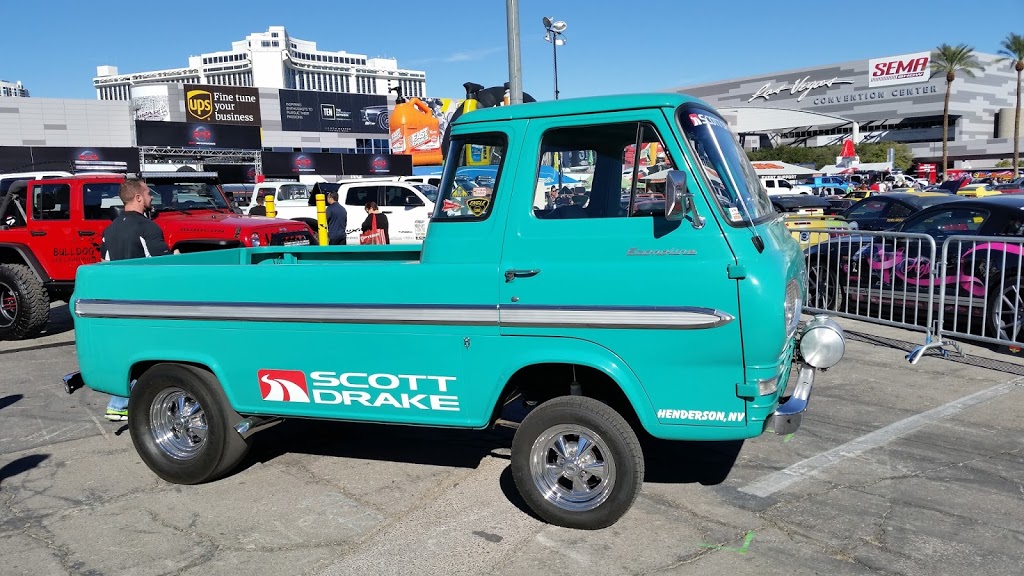 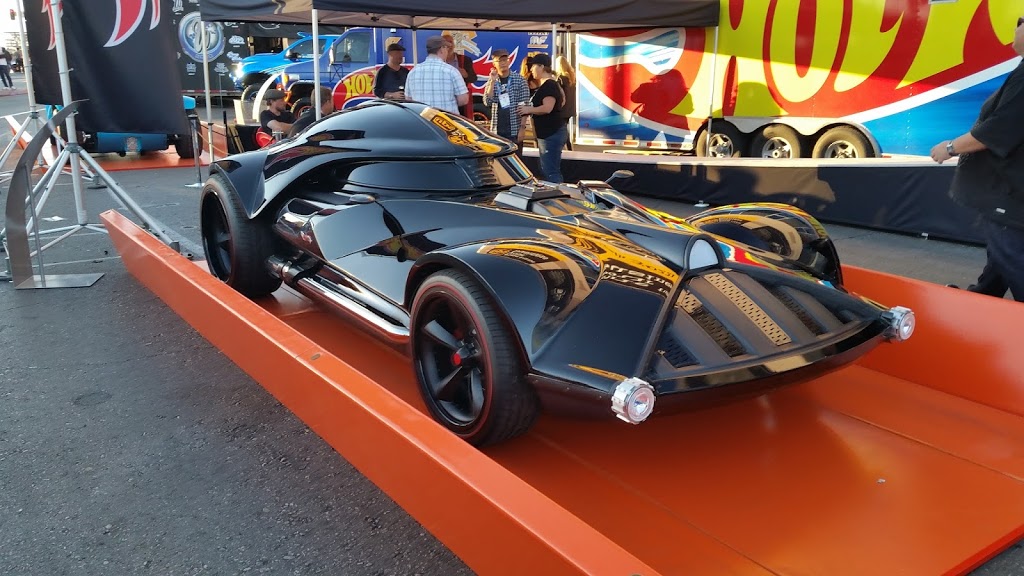 The outside lots were filled with cars and trucks that could take most of the day to just walk through. If you stopped and spent any time at any one vehicle, well, you should be planning to go back to the event for a couple more days. There is no way that a person can see everything in a day. Even if you are selective at where you stop, it’s going to be a long show. I’m not sure how many walking miles I put on, but it was a lot. And I hate to say it, I still missed things. 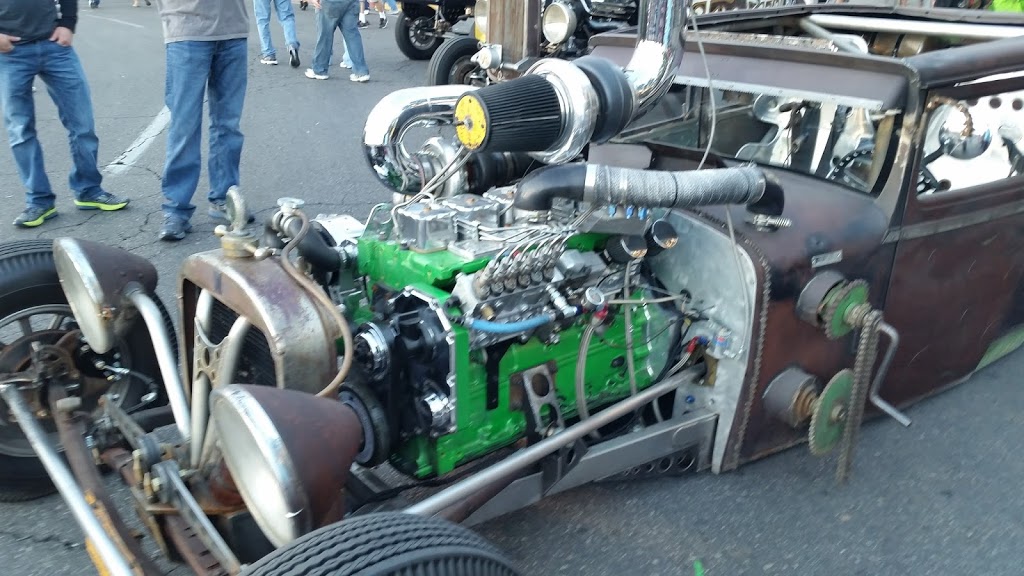 So instead of talking about all the stuff I did see and the things I missed, I’m going to add a few pictures for you to review. I can say, as a freelance writer the contacts I made are great. I have a number of projects in the works that can benefit from the business connections. In fact, that’s what SEAM is really about, business connections in the automotive industry.

Oh and don’t tell Jeanne but there are a few personal things that I discovered and want for my own vehicles. 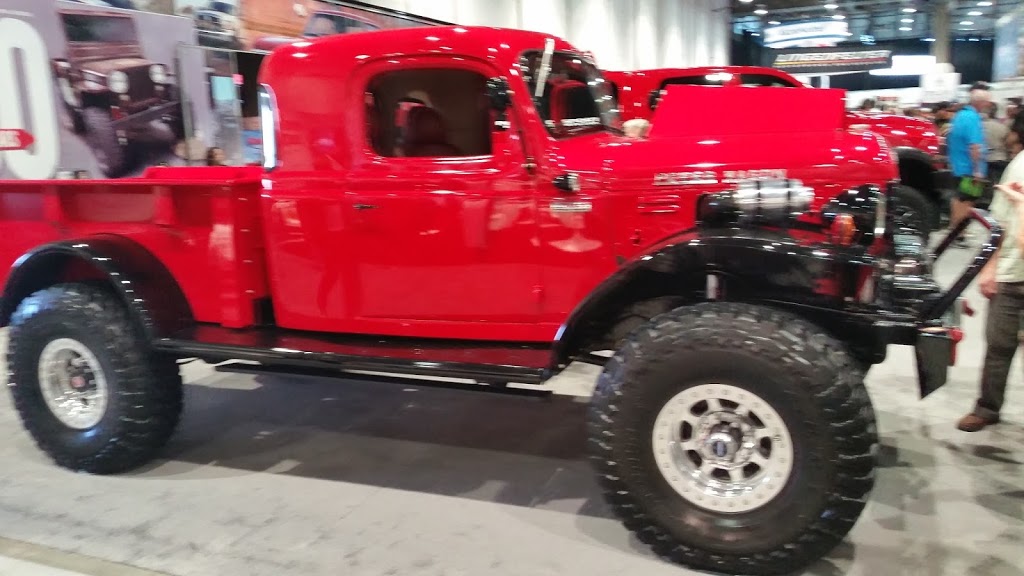 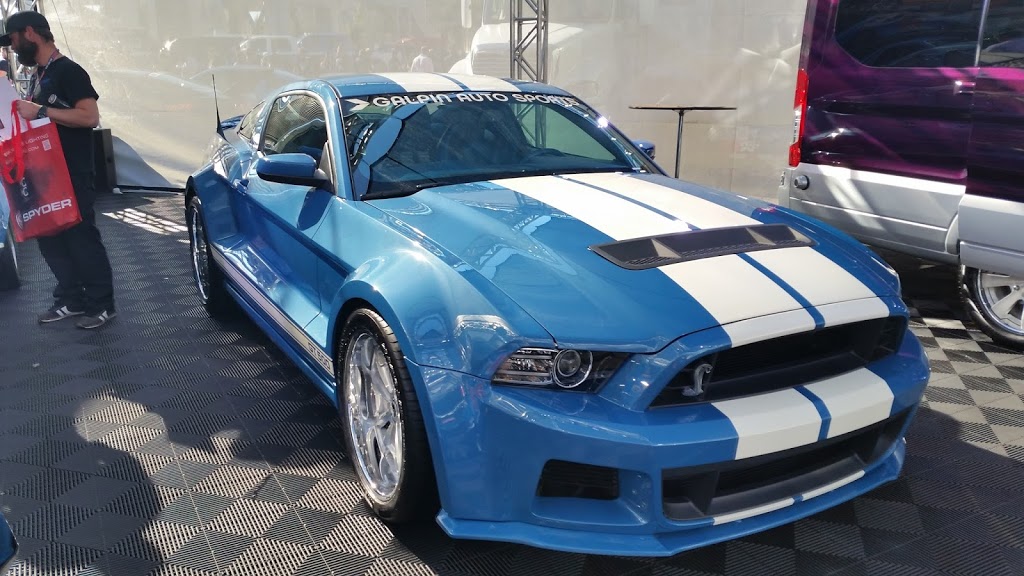 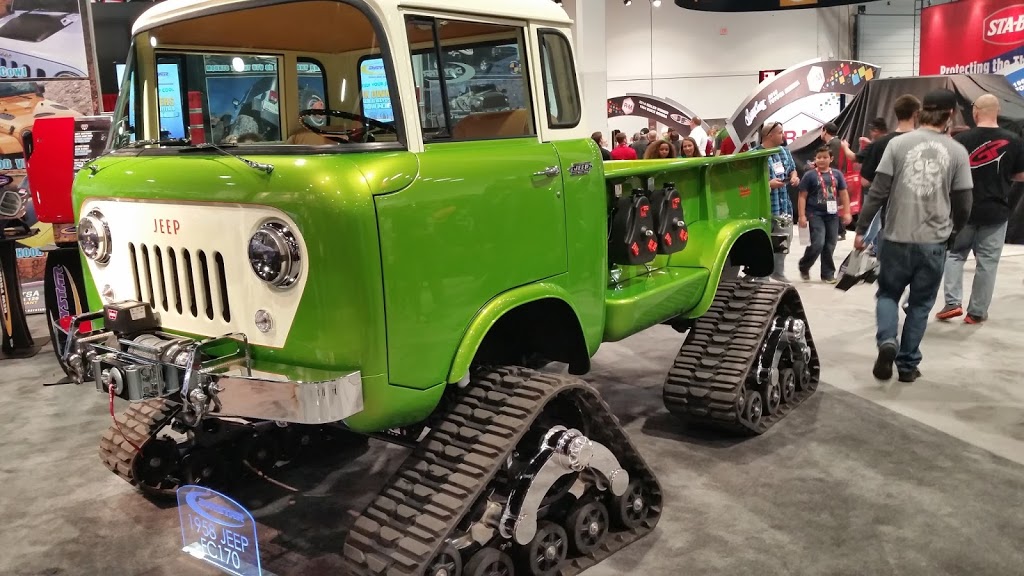 I have never given my vehicles a name.  Take that back, the only one named was the boat.  “Risky Business” is a name that associates our business with our fun. But car and motorcycle wise, no names.

Then one day a friend of ours mentioned that when she saw the 2007 Dodge Nitro she thought of  “Sponge Bob Square…. Truck” and from that moment on, the Dodge Nitro has been called “Bob” (a Palindrome too)!

Well, Bob has been a good vehicle. Got him new and he has just passed 130,000 miles.  That is actually longer than I have ever kept a vehicle too.  He drives great, does what’s needed and has been all over the country. And even though he’s not very big he is able to take Risky Business, the sailboat, the couple miles from  our house to the marina in the spring and back home in the fall.

But this year, Bob was due for new tires (74,000 miles out of the last set) and a once over before the snow and ice hits Iowa.  But before that happened he started to lose his “cool”…or should I say heat.  We had a cold spell and the heater in Bob was not producing much warmth.  Not too big of a problem getting from home to the office or running errands, but still cold.

Then we started getting forecasts for arctic cold combined with ice and snow, so I decided it was time to take Bob to the local Dewey Dodge “Spa and Hospital” for a good fix up.  Good news and bad news resulted.

New BF Goodrich AT tires look great (wanted raised white letter but too hard to find them. Guess that’s not popular anymore) and the rest of the service went well but the heater core was plugged some how.

Rescheduled Bob for a follow up visit yesterday to get the heater core changed out.  Took them longer than planned because of a few additional items needed, but the biggest surprise was a call from the service writer (Thanks Brian) and the accompanying picture.

Remember the ads about the Dodge Nitro and how when it was jump starting another car it blew the other car up?  (This should be a link to a copy of the ad  http://www.youtube.com/watch?v=aLfhHyxwNK8)

By the way there is another ad where the Dodge Nitro shocks (fried actually)  dogs that are peeing on his wheels… looks like Chrysler pulled that ad, but, I could see Bob doing that.

Well, apparently Bob the Dodge Nitro really did blow his cool. The heater core actually has a hole blown out of it. I wondered why it was dripping fluid on the garage floor. No one one has ever seen anything like this.   It has a huge hole blown from the inside out, ragged edges and all. Take a look at the picture.

Weird huh? Apparently that makes Bob a special vehicle, no one has ever seen anything like it.  Cool…Bob the Nitro has just gotten some “street cred”! Of course if he blew something up with Nitrous, it might be a little better but have to take what you can.

Okay, down side to all this, the repairs and all the new parts has not been cheap. Although it is cheaper than a new vehicle. And ultimately, Bob will keep the windows clear and the inside warm after this experience. Thanks Miguel!