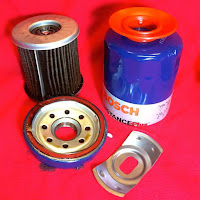 MEDIA ALERT
Honda Marine Unveils Design Concept Engine at Miami International Boat Show 2017
Sleek, Aerodynamic, Powerful and Stylish – Honda Marine Concept Engine Reveals a Bold Future for Honda Marine
Honda Marine breaks the mold for marine engines at the 2017 Miami International Boat Show with a bold concept engine that could power the future of boating. With inspiration from across Honda’s lineup – including automotive, marine and aeronautical – the design concept engine is a blue sky vision for what future marine engines could look like. 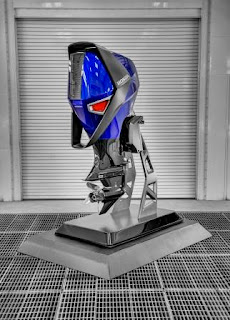 Honda Marine keeps the momentum rolling with the debut at the 2017 Miami International Boat Show of a concept engine that could power the future of boating.
·       Sleek, Stylish concept engine – inspired by the Acura NSX American-made Supercar – imagines a bold new engine for the future of what marine engines could be
·       New ‘Destination Honda’ display showcases a new look and lifestyle destination at the 2017 Miami International Boat Show
·       Refreshed Honda Marine BF40 and BF50 engines make their first appearance at a boat show
For complete details, please see the attached news release as well as select images showcasing this new design concept engine.  This release, plus additional hi-resolution photos, are available for download at www.hondanews.comin the Honda Marine section of the site: http://hondanews.com/honda-marine
Should you have any questions or need additional information, please contact us.

Note: this Press Release is also available for your use at www.121five.com.
Second Annual “Engine Day” By Zenith, at Oshkosh
Powerplant Festival to Exhibit on Thursday
In 2012, Zenith hosted its first “Engine Day” at Oshkosh, with a handful of different powerplants and their representatives on hand. “We didn’t know what the response would be,” said Heintz, “and frankly we were blown away by the response. This year, all of last year’s exhibitors are returning, and we’re adding Continental and ECi, plus maybe a surprise or two.” This year, hours will be doubled. “A lot of people couldn’t make it in the morning last year,” said Heintz, “so we’re going on until 2p.m.”
So, on Thursday, August 1, at the Zenith exhibit at Airventure Oshkosh (space 641, in the North Aircraft Display area), Zenith Aircraft will again host “Engine Day,” where two-seat Zenith aircraft with all sorts of power will be on display, and where representatives of some of the most-popular engines, as well as some newcomers, will be helping builders decide what goes up front, between the prop and the rest of the airplane.
The Chris Heintz (CH-) Zenith designs have been built using everything from electric motors to small turbines, with two-strokes, four-strokes, and rotaries in between; many of these will be available, with their owners, as will some of the most-popular engine options and manufacturers, ranging from home-made and “factory” Corvair, VW, and Honda conversions, to industry-standard, purpose-built light aircraft engines – Rotax, Jabiru, UL Power (including their new six-cylinder engines), Continental, Lycoming, and more, from 65 to 150hp.
The Zenith designs have always been drawn with an eye to allowing alternate power sources. “Chris Heintz always kept the builder’s choice in mind, when designing owner-built aircraft,” Sebastien noted, with the result that “there are probably more different kinds and makes of aviation engines under Zenith cowls than any other. Plus,” he continued, “unlike some designers, Zenith Aircraft Company encourages builders to install the engine of their choice.” There are proven power systems always available, but the designs keep the door open to new ideas. Some work better than others, certainly, but the variety is astounding – “and it is a testimony to the versatility of both the designs and the builders that so many work, and so well.”
Zenith invites all to “Engine Day” at their exhibit in the North Aircraft Display Area # 641, specifically on Thursday, August 1, between 10a.m. and 2p.m., to meet the builders, engine representatives, and pilots of a great variety of Zenith machines, old and new.
When: Thursday, August 1, 2013, 10a.m. until 2p.m.
Where: Zenith Aircraft Company exhibit (Space 641, North Aircraft Display area)
Who: Builders, engine suppliers, pilots, prospects
More: www.zenithair.com
This Press Release is prepared and distributed by
Tim Kern INK / 121five.com
PO Box 30
Anderson, IN 46015-0030
USA
ph. 863-651-6095