“The SUN ‘n FUN Home Edition 2020 is all the parts of the annual Aerospace Expo that attendees have come to know and love and a whole lot more”, says Greg Gibson, Chief Marketing Officer and Airshow Director. “The SUN ‘n FUN Home Edition is an overall experience that can be accessed via a web portal at FLYSnF.org right from our home page. Once you click into the Home Edition, you’ll have access to tons of online content including some things that you have never seen before!”

Received this email about buying a Tiger or Arrow.

Hi Scott,  I attended your seminar on “How to buy an airplane”. This will be my first airplane purchase, and I would like to spend around $75,000 or less. I think I’ve narrowed down my options, and I was wondering if I could get your thoughts on the following two aircraft a Tiger or Arrow.

Piper Arrow: The owner of my flight school asked me if I was interested in buying a ’73-’74 Arrow as a leaseback for the flight school. Personally, I do not really need a retractable, and the cruise speed is about the same as the Tiger. But I only fly about 75 hours per year so the flight school would help offset the costs a little. It would be the only retractable (and I think the only low wing – except for one Tiger) for rent in my area, so I expect that it would mostly be rented by more experienced pilots, and according to the flight school owner, also those who are going for their commercial license.

I’ve run the numbers for a lease back on this model, and after all expenses, maintenance and engine/prop reserve, they seem to work in my favor by about $750-1,000 per month, based on 60/hours rental per month at $120/hour. Am I right? What is the best way to evaluate a leaseback scenario?

I really enjoyed your seminar, and I’ve read your book “How to buy a single-engine airplane.” You’re honest with the facts and figures, and you don’t pretend that buying an airplane is not a big deal – it is! I appreciate that! I have 108 total hours, mostly in a C-172. I really like the low-wing models, and I’d like to make trips to Phoenix, so the cruise speed is somewhat significant, 135 knots is nice.

My answers about the Tiger or Arrow

The Tiger is a great aircraft. It offers retractable gear speeds with fixed gear.  I owned an AA1A (two seat) for a while and really enjoyed flying it. I have a few hours in a Cheetah and Tiger which I really like.

I am not sure that there is any significant difference between an old and a new Tiger…except for age. I tell a lot of people to buy as new as possible. But sometimes an older aircraft that has all the upgrades and all the avionics that the newer one does might be a better deal.  All the goodies without all the extra expense.  If you buy old and put new “stuff” in it, you’ll get pennies on the dollar back for the investment.

I think the big factor would be hours, equipment and the condition of the older models.  Since the Tiger is a different construction (bonded honeycomb) age can have a dramatic effect on the seams/bonding.  You would want to check for damage to joints and seams from any paint stripper and any corrosion.  Of course, it doesn’t matter if it is a new or old aircraft that would still be a concern!

As far as the Arrow? It is another good aircraft. It is especially good as a personal run around aircraft and commercial trainer.  But because it is a retractable gear aircraft your maintenance and insurance costs are going to be higher.  Not only the gear but you also have a constant speed propeller.  The Arrow is cheap, as far as maintenance is concerned, but still it will typically cost more than a Tiger… for the same speed and load abilities.  Insurance for rental on the Arrow could be $5000 a year or more (depending on the value).

Leaseback.  If you put your aircraft on leaseback it becomes a piece of equipment.  You will not have the freedom to use it or control its care like your own.  But if you use it as a piece of equipment, don’t get personally attached; don’t worry about the details, (like scheduling your flights through the FBO, etc.).  It might be okay.

Make sure you know all the details of the contract before you do a leaseback.  Many FBO’s require that the owner cover all the expenses.  Understand how they figure the cost of maintenance and what type of maintenance will be expected.  Just think, at 60 hours month, it will need the 100-hour inspection (a mini annual) every month and a half. How much are they going to charge for the 100 hour inspection? Are parts discounted?  Will you get a break on expenses?  When you calculate your cost per hour, make sure you take into account the speed at which you will need an engine or prop overhaul or need to comply with AD’s and service bulletins etc.

If it is going to be your personal pride and joy, I don’t think you would be happy as a leaseback.  Leaseback does help pay the bills. But it also increases the hours the aircraft is flown.  Adding hours, wear and tear and abuse.  A commercial trainer will be used to teach people maneuvers, engine outs, landings, etc.  All of which add to the wear on an aircraft. It is still being used as a trainer (even though it is being used by current pilots).

Personally, if the cost per hour is a factor, buy an earlier Tiger at a lower cost. Get the most equipment and lowest hours you can and fly it as your own aircraft.  If you can fly 75 to 100 hours a year, it would be cheaper per hour to own the aircraft than to rent.  And with the Tiger you won’t have the higher insurance and maintenance costs. 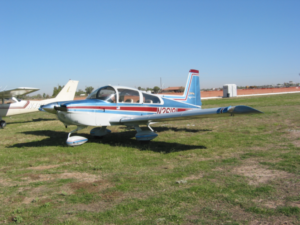 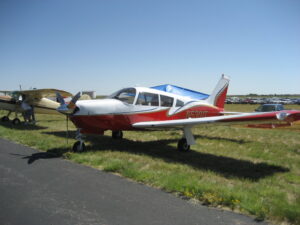 Have you read about or watched the video of the Garmin Autoland system?  If not you should it is a very cool new program.

If the system can brought to market and do what is says, what a cool safety feature.  Watch the videos it shows a really nice system.

The biggest issue I can see is the cost. Those of us with the lower dollar aircraft will probably not be able to afford the system. But hopefully once it gets out there in production, a more reasonable cost system designed for smaller single engine aircraft will be produced.

Just think, his could help prevent VFR into IFR fatalities or crashes caused by a pilot who is incapacitated and any other assorted issues that usually end up badly.

Thinking out loud, if you could have a system in your aircraft that would be able to communicate with the controllers,  locate the nearest airport that you could reach with the fuel on board and fly the plane and land safely…who wouldn’t want that?

Oh, and what insurance company wouldn’t like to see that on an aircraft that they insure?