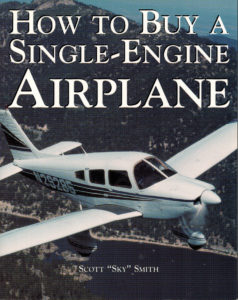 EAA AIRVENTURE OSHKOSH 2021 FACTS AND FIGURES FOR AN OUTSTANDING YEAR

Total aircraft: More than 10,000 aircraft arrived at Wittman Regional Airport in Oshkosh and other airports in east-central Wisconsin. At Wittman alone, there were 16,378 aircraft operations in the 10-day period from July 22-31, which is an average of approximately 116 takeoffs/landings per hour when the airport is open.

Forums, Workshops, and Presentations: A total of 1,055 sessions hosted throughout the week.

Social Media, Internet and Mobile: More than 18.95 million people were reached by EAA’s social media channels during AirVenture, with engagement of 1.08 million; EAA video clips during the event were viewed 3.48 million times.

International guests: Despite travel restrictions that greatly limited the number of attendees from other nations, EAA still welcomed visitors from 66 countries during the week.

The Gathering shines: The EAA Aviation Foundation’s annual event to support its aviation education programs attracted more than 500 people and raised more than $1.7 million dollars that will be focused on EAA’s mission of growing participation in aviation.

Simulation benefits available even if you can’t be at Oshkosh

EAA AVIATION CENTER, OSHKOSH, Wisconsin — (July 10, 2021) — The Pilot Proficiency Center at EAA AirVenture Oshkosh 2021 is expanding its reach this year, as it is offering its high-quality simulation exercises and scenarios even for those who can’t be at Oshkosh in-person. EAA AirVenture 2021 is July 26-August 1 at Wittman Regional Airport in Oshkosh.

The remote opportunities are in coordination with flight instructors who are members of the National Association of Flight Instructors (NAFI) and the Society of Aviation and Flight Educators (SAFE). These dedicated aviation instructors staff the Pilot Proficiency Center at Oshkosh each year.

“We will be providing the same quality simulation mission exercises and scenarios featured at Oshkosh, but in your home or at a select flight training center near you,” said Radek Wyrzykowski, EAA Manager of Flight Proficiency. “We’ll connect you with experienced instructors who have trained with proven simulation missions and state-of-the-art remote training tools. It’s designed to improve piloting and decision-making skills for pilots regardless of their experience level.”

To participate, pilots unable to come to the Pilot Proficiency Center at Oshkosh can use one of two options:

The AirVenture remote offerings are part of the expanding menu of pilot skill training within EAA Proficiency365 program, the online hub of EAA resources, programs, and exclusive member benefits that can help you stay active in year-round activity to advance your flying proficiency, improve your safety, and help you contribute to your aviation community.

EAA AirVenture Oshkosh is “The World’s Greatest Aviation Celebration” and EAA’s membership convention. Additional information, including advance ticket and camping purchase, is available at www.EAA.org/airventure. AirVenture Express Arrival is in partnership with Airbus and free youth admission for ages 18 and under is supported in part by The Boeing Company. For more information on EAA and its programs, call 800-JOIN-EAA (800-564-6322) or visit www.EAA.org. Immediate news is available at www.twitter.com/EAA.