Will be at Oshkosh for much of AirVenture week

Goodyear’s Wingfoot Three is scheduled to arrive in Oshkosh on Monday, July 26, and will be on display and be flying at various times during the event until Saturday, July 31. At EAA AirVenture Oshkosh 2021, Wingfoot Three pilots will also participate at a variety of events, as AirVenture is one of the few air shows on the Goodyear Blimp schedule this year.

“Through the years, there’s a special excitement when attendees arrive at EAA AirVenture Oshkosh and one of the first sights they see is the iconic Goodyear Blimp parked on the grounds or in the air overhead,” said Rick Larsen, EAA’s vice president of communities and member programs, who coordinates AirVenture features and attractions. “Goodyear has been an important AirVenture exhibitor for many years and it’s always a great to see that Oshkosh has made the ‘Blimp-Worthy’ list of America’s major events.”

Wingfoot Three is the newest addition to the Goodyear Blimp fleet, as it was first flown in June 2018. It marked the completion of the full fleet to the New Technology (NT) platform. The blimp was manufactured by Germany’s ZLT Zeppelin Luftschifftechnik and assembled by a team of Zeppelin and Goodyear engineers. It represented the first major structural change of a Goodyear Blimp in nearly 70 years.

Goodyear Aviation will also continue its participation as an EAA AirVenture exhibitor in 2021 in the Main Aircraft Display area, exhibit #489.

Goodyear’s aerial coverage of marquee events in 2021 has already included the numerous NASCAR, PGA, and NBA events. The Goodyear Blimp has been honored with induction as an honorary member of the College Football Hall of Fame, the first non-player or coach to be inducted. More information is available at GoodyearBlimp.com. 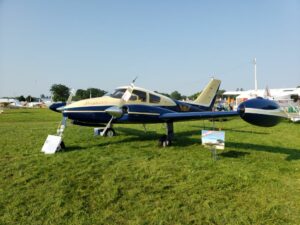 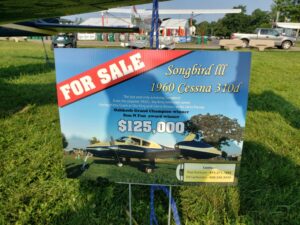 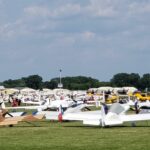 Airshow season is my a favorite time of year.  I use Sun N Fun as my kick off show usually. It is like they say, the “Spring break for pilots”.  And i usually write about attending events like Sun N Fun and AirVenture for the Cessna Owners and Piper Owners Magazines.  So if you want more details join those two groups and you can get access to the articles.  I have also put up a short video here about Airshows.

Anyway, I usually see four major issues which I have noted below (which were in the Cessna and Piper article!  These are my opinion only, that I have formed from years of attending airshows and insurance.

Airshow-itus – Getting all excited and making high performance take offs and landing or a fly-by that end up in a mishap. There is something about being at an airshow or a fly-in that gets to a pilot and make them want to impress others. I do believe that being a pilot is a great achievement. Its also a great experience and it is also a huge ego boost. But remember the line from Top Gun, “Your egos writing checks your body can’t cash”, its amazing how many people try to “cash” at an airshow.

Volunteerisms – most events, shows, fly-ins are manned by volunteers.  Volunteers make the shows go around. And they are trying to do their best even if they don’t quite no what they are doing. But watch out when they are directing you to park, you are still the pilot and need to have the final decision. Many a pilot has followed the direction of the vested flag bearing volunteer and needed up with a collapsed nose gear or prop strike.  They directed, you pay.

Weather – is one of those things that change and at a show like Sun N Fun it can be nice this morning and storming this afternoon, just like AirVenture. Be prepared for weather changes. That includes tie downs and control locks. And if you are tenting… well, maybe you can sleep in the plane?

General population – The regulars, the muggles, whatever people call the “non-pilots”.  I know that kind of sounds bad.  But one thing about big airshows, especially if the show has a military team (Blue Angles, Thunderbird’s etc.)  they draw big crowds. And not all those people are pilots or owners. Many are just aviation enthusiast that like watching “Top Gun” movies and dog fighting on their simulators. That’s okay, a show needs to make money and pilots are small numbers compared to the general public.  What that does mean is a lot of the attendees are people that do not know about airplanes and what’s acceptable behavior around aircraft.  So watch out for people walking into props, bumping heads on flaps or putting kids on wings. Be alert to those around you!

I also put together a few Airshow season tips that I have heard from customers, friends and my own experiences.

Don’t forget to look me up at Sun N Fun 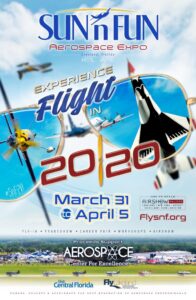 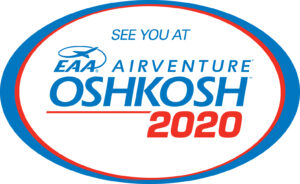