EAA AVIATION CENTER, OSHKOSH, Wisconsin — (November 19, 2020) — The Experimental Aircraft Association and Microsoft are teaming to provide flight training scholarships and education resources throughout the country in conjunction with the release of the new edition of the legendary Microsoft Flight Simulator software.

Along with the youth outreach, Microsoft will be supplying a limited number of Microsoft Flight Simulator copies to EAA chapters that have facilities to use it as part of pilot training and proficiency. This outreach will be administered through the EAA chapter office.

EAA and Microsoft have teamed on various projects over the past 30 years, including exclusive software that recreated the Wright brothers’ first flights at Kitty Hawk as part of EAA’s Countdown to Kitty Hawk project in 2003 that celebrated the centennial of powered flight.

From light planes to wide-body jets, fly highly detailed and accurate aircraft in the next generation of Microsoft Flight Simulator. Test your piloting skills against the challenges of night flying, real-time atmospheric simulation, and live weather in a dynamic and living world. Create your flight plan to anywhere on the planet. The world is at your fingertips. For more information, visit https://www.flightsimulator.com/ or connect with us on Twitter at https://twitter.com/MSFSofficial.

The following question from a customer asked about doing regular training.  Its important to note that sometimes insurance companies require training in a specific class or category of aircraft.  For example; if you fly a pressurized or cabin class aircraft, you will probably be required to get “factory approved”  initial ground and flight training along with recurrent training after that. Most companies require recurrent every year but there are a few that will go for two or three years between the training. A lot depends on the type of aircraft you are flying.
That said —-
Q. Proficiency.  I’m thinking of going to a school such as RTC, Flight Safety etc.  Most of these companies do simulator training.  Am I better off going out with an instructor, doing the FAA Wings kind of thing, or going to a school?  Training in the airplane will give me some dual, my Instrument Proficiency Check (IPC) and my flight review?  Which is a better way to go? 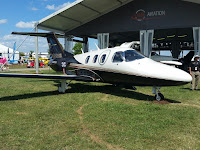 A. That’s a tough one.  From an insurance standpoint, many of the underwriters require training from a factory approved school that specializes in your specific aircraft.  That training is often in a simulator and counts as your IPC, flight review and dual.  That is if it’s from an approved school or training institution.

I’m a big believer in the FAA Wings programs and flight simulators to keep a pilot proficient.  If the weather is really bad or your checkbook is a little empty, flying with a Flight Simulator program on your home computer can be a great help.  While it might not be logging “real” hours, it can sure help keep your mind in the flying mood.  The Flight Sim program can overlay weather, set up approaches and do almost everything a pilot need s to do to feel comfortable in their aircraft.  Flying to a new destination?  Set up the Flight Sim program to fly into the area, make a few approaches and you’ll feel like you been there before when you get there for the first time.

Whenever possible take advantage of flying the real thing and practice.   Sure I like simulators and software, but I think the real proficiency comes from flying the aircraft.  That’s why we buy an aircraft to begin with.  Hook up with a qualified instructor that you like and go out and have fun and learn at the same time.

Question.  I have read your book *”How to Buy a Single Engine Airplane” and learned a great deal.  One question I have is that since you have done so many plane transactions, you made mention that you see most planes go close to the base retail price as noted on Vref?
Is it still a buyer’s market? If that is still true, would a better deal be below base retail?  As I look at pre-owned planes I want to make sure I don’t pay too much.  Thanks for your advice if you have time to answer this email.
Answer. Thanks for the email. I personally think that it is still a buyer’s market.  I am still seeing a slight increase in sales, but the market still seems to be slower than it has been in years past.  I’ll guess that a lot of people have an opinion about this.  I also see a lot of prices when we are insuring aircraft purchases.  I try and keep an eye on the values of the new transaction and compare them to the book to see what the buyers are paying. And the underwriters will question a value that is too high or too low.
Remember, this is my opinion about the market.
I think that many of the aircraft advertised are overpriced and now that the investment and aviation markets seem to be growing again, the sellers are reluctant to lower their prices for a sale and risk losing money.   Additionally, fairly low interest rates will allow sellers to keep a higher price.  The sales pitch is that the payments will still be low.
My guess is that the seller will try and wait for the higher price BUT, even then, it appears that most of the aircraft end up selling for a price that is around the base values listed in the books.
The Vref base value takes into account the average number of hours that the aircraft should have on the airframe and engine at the time of sale.  The base price also includes a standard radio package for the model and an average condition.  That is probably representative of over 50 percent of the aircraft on the market.  So the base price is probably representative of over 50 percent of the aircraft for sale.  Sure, you can add for low engine time and low airframe, but it all seems to balance back towards the base price.  A plane with a low total time, say 1,500 hours, will get an increase in value for the hours.  But if the engine has 1,500 hours on it also (and a 2,000 TBO) the book will reduce the value for the engine hours over the halfway point of 1,000 hours.  Typically, the value of the engine per hour is higher than the airframe per hours.
Of course, if you have an aircraft that is loaded with all kinds of fancy modifications or avionics, the price will probably not be close to the base book values.  But on the average, basic book values are pretty close.
*The book “How to Buy a Single Engine Airplane” is out of print.
But email me for a packet of buyers tips. 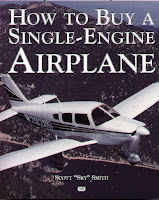